During the beginning of 2019, I had quite a bit of stuff I was carrying around and it bugged me quite a bit.

I managed to reduce down the complexity by quite a large amount, and it’s probably one of the better investments I’ve made recently.

Given that I haven’t discarded my previous setup (just yet), I was able to recreate a bunch of before and after photos showing my progression over time.

I’m not recommending you emulate my setup but it might serve as inspiration to make your own investment, into reducing or optimising your everyday carry (EDC going forward).

Before we get started, I should point out that this setup has actually be retired for something even more optimal (for me) but that’s a post for another time. 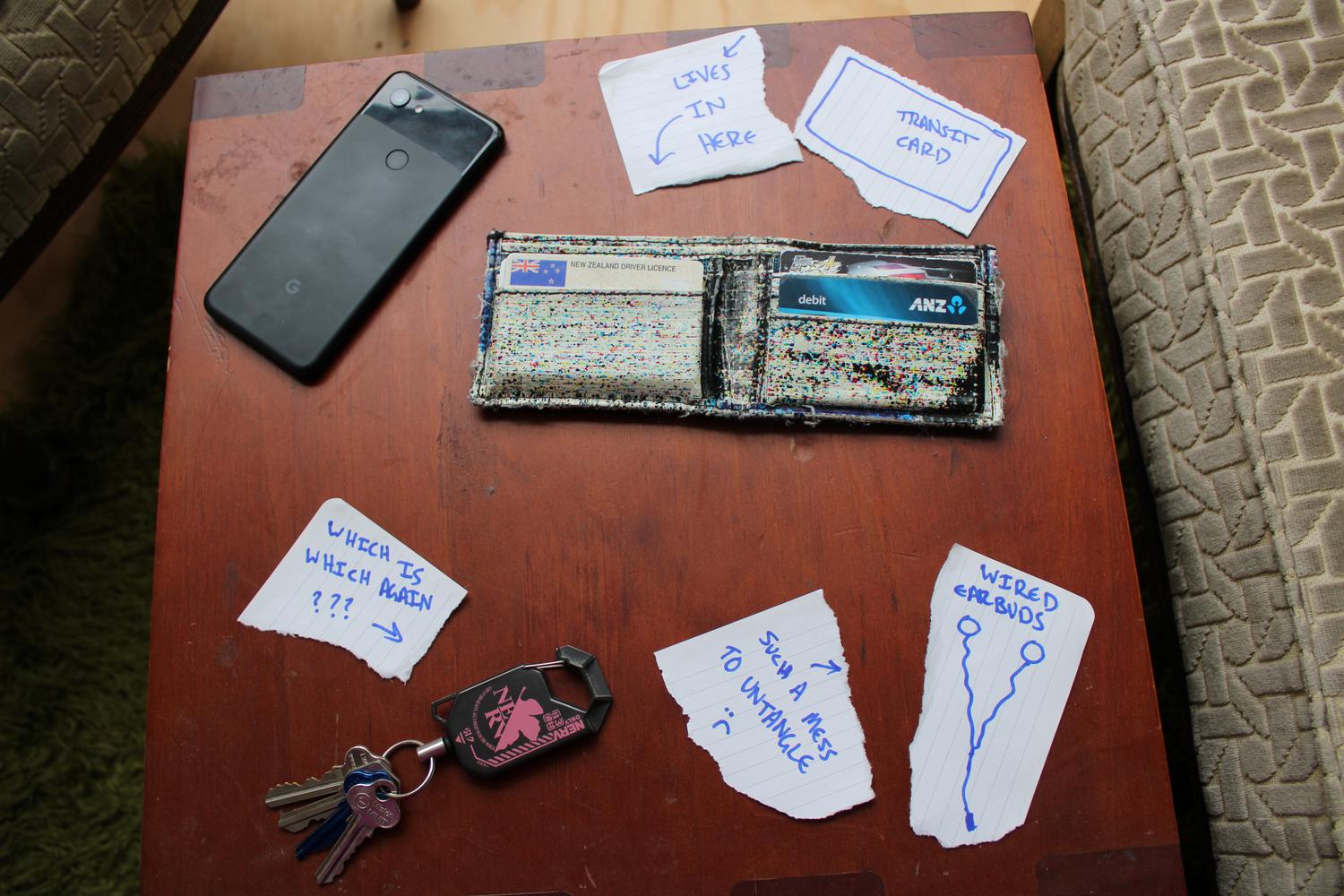 My EDC was already fairly compact and consisted of the following: 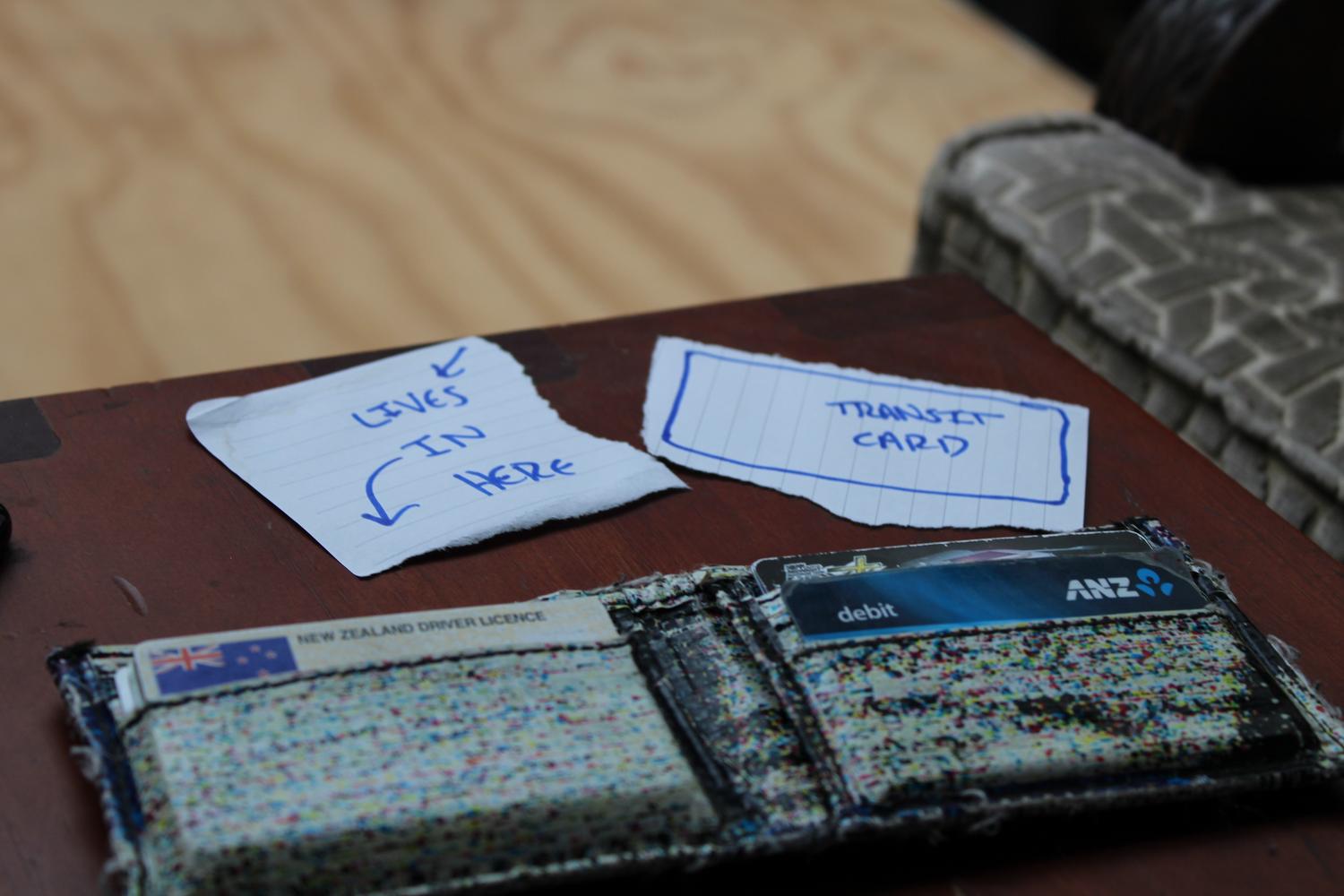 There’s quite a lot in my wallet that I don’t use, and different cards definitely get access more than others.

Let’s start by taking a closer look at those cards 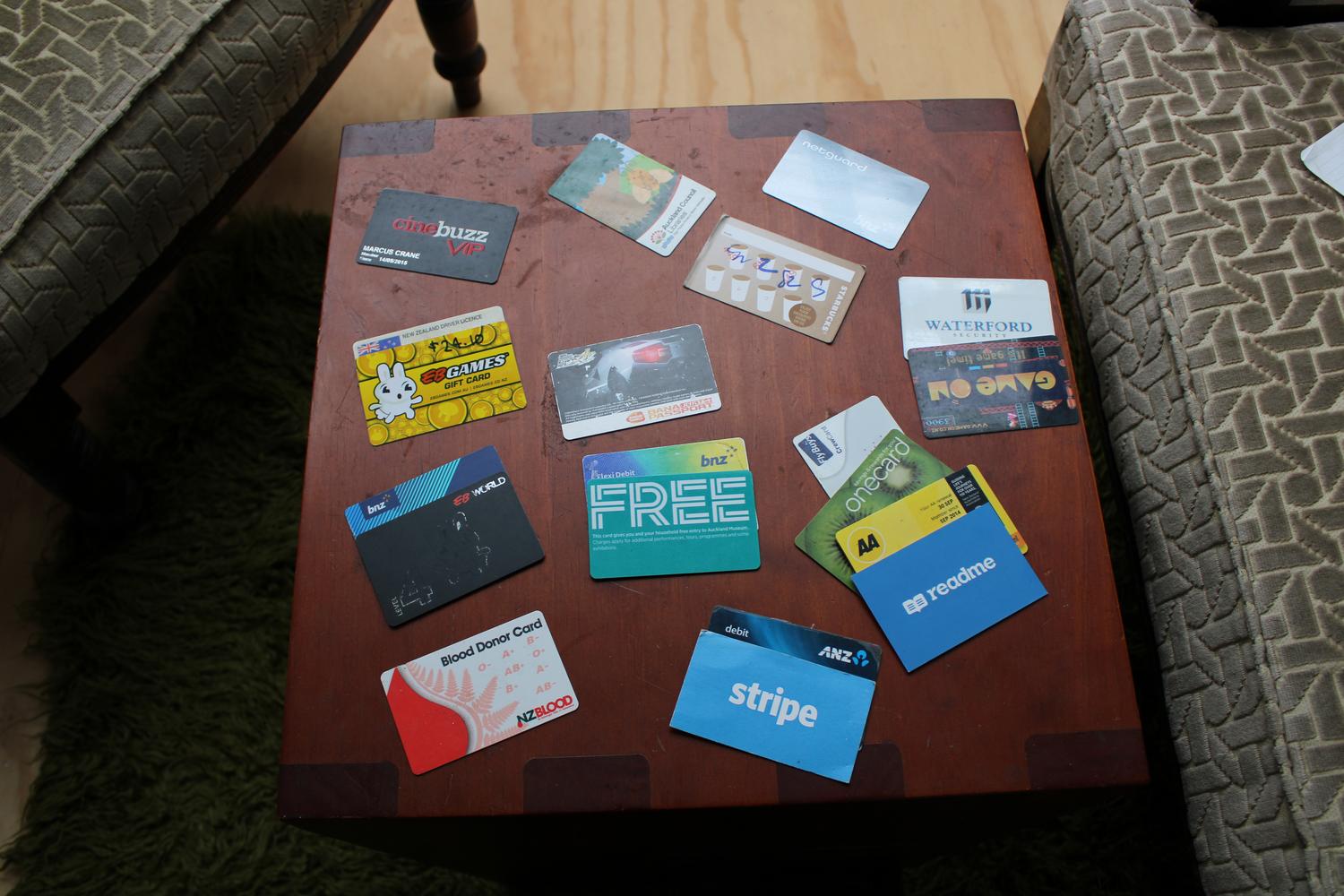 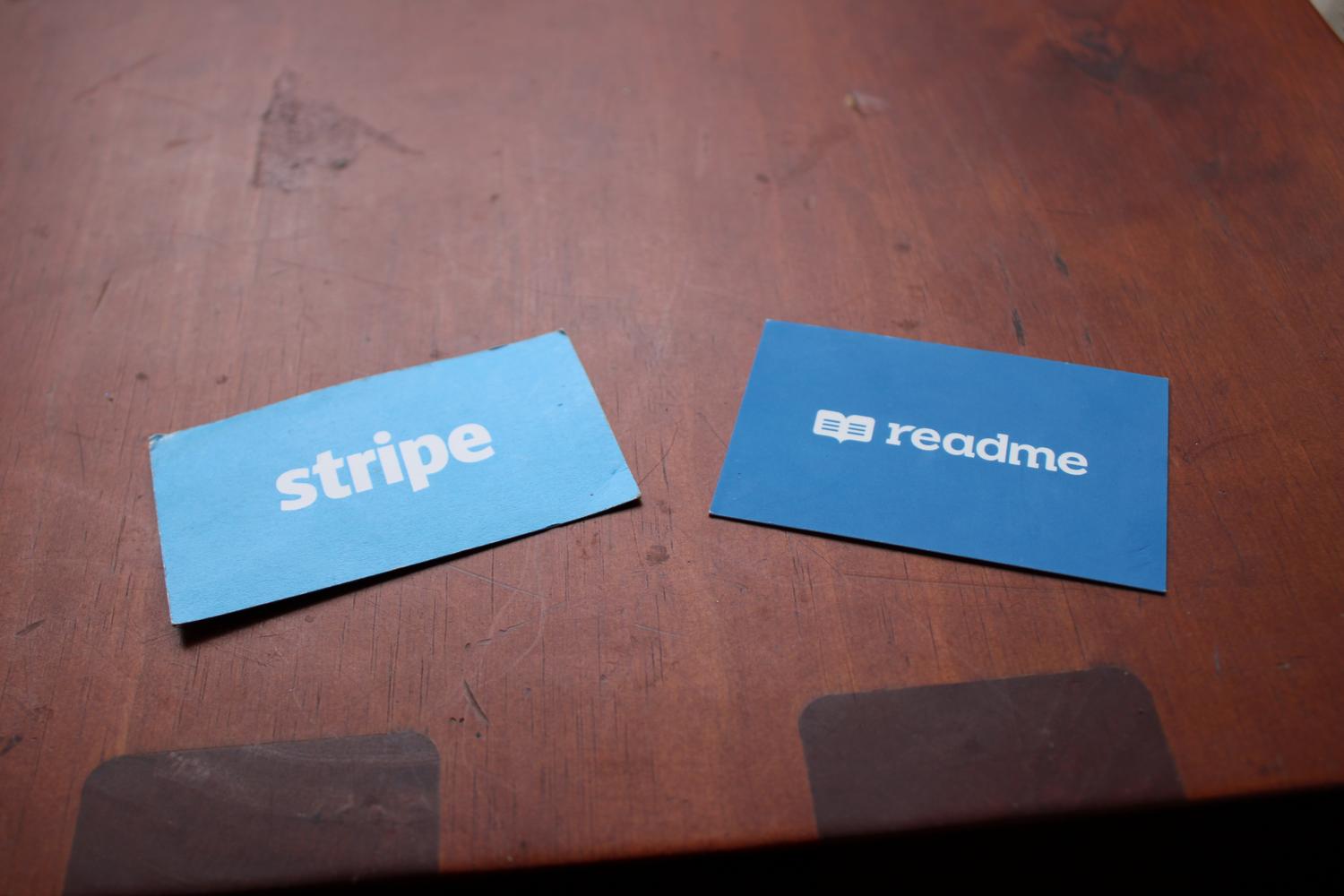 Business cards are pretty easy to get rid of as a first step. They just went straight into my contacts list. I don’t have any need to carry them and should have digitised them a long time ago. 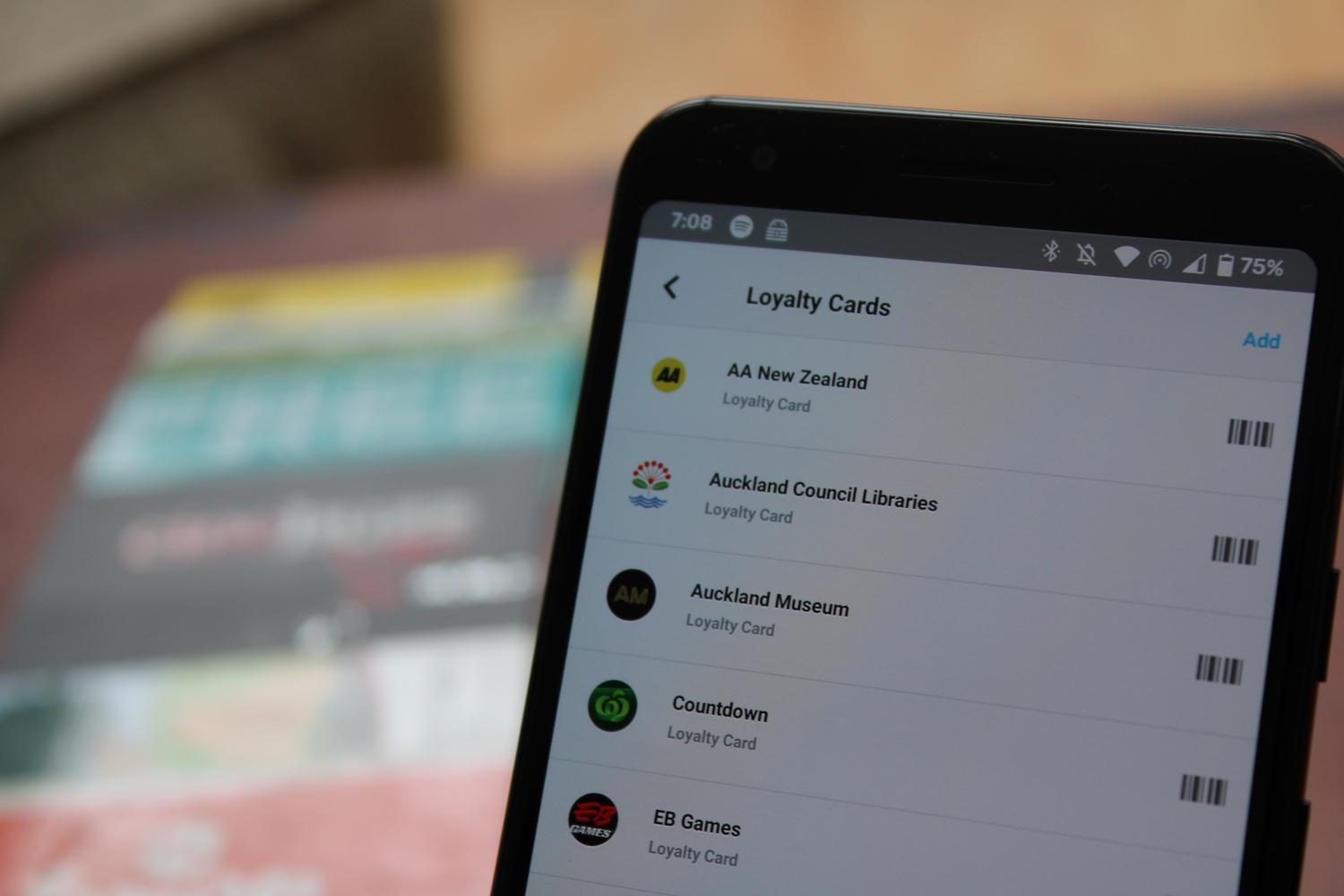 I don’t use loyalty cards often enough, to make the space they take up worth it. Thankfully, it’s easy to digitise them nowadays (if they have a barcode) and carry them on my phone instead.

Last but not least, I can reduce the amount of time I’m pulling bank cards out of my wallet by adding them to Google Pay. I still need them on hand for larger purchases due to paywave limits.

One type of card I can’t simply digitise or reduce are my arcade cards. From what I remember, the arcade balance card itself is part of the MIFARE DESFire family. Android does support Host Emulation but from the little I’ve read, it isn’t possible to emulate MIFARE cards nor would a software emulation necessarily be secure anyway.

Similarly, I have a BANA Passport which I use to store my save progress with Midnight Tune 6, a particular arcade game I quite enjoy.

I can live with carrying those two day to day, given that visiting the arcade is more of a spur of the moment thing, so it makes more sense to keep it on hand, than say an EB Games gift card

This is my most used card, given I use it at least once a day on weekdays and sometimes multiple times on the weekend. Having it lumped in with all of my other cards is fine but it’d be nice if it was easier to access given it’s part of the “hot path”.

What I ended up doing was taking it and replacing it with one of the limited edition HOP tags that Auckland Transport occasionally releases. 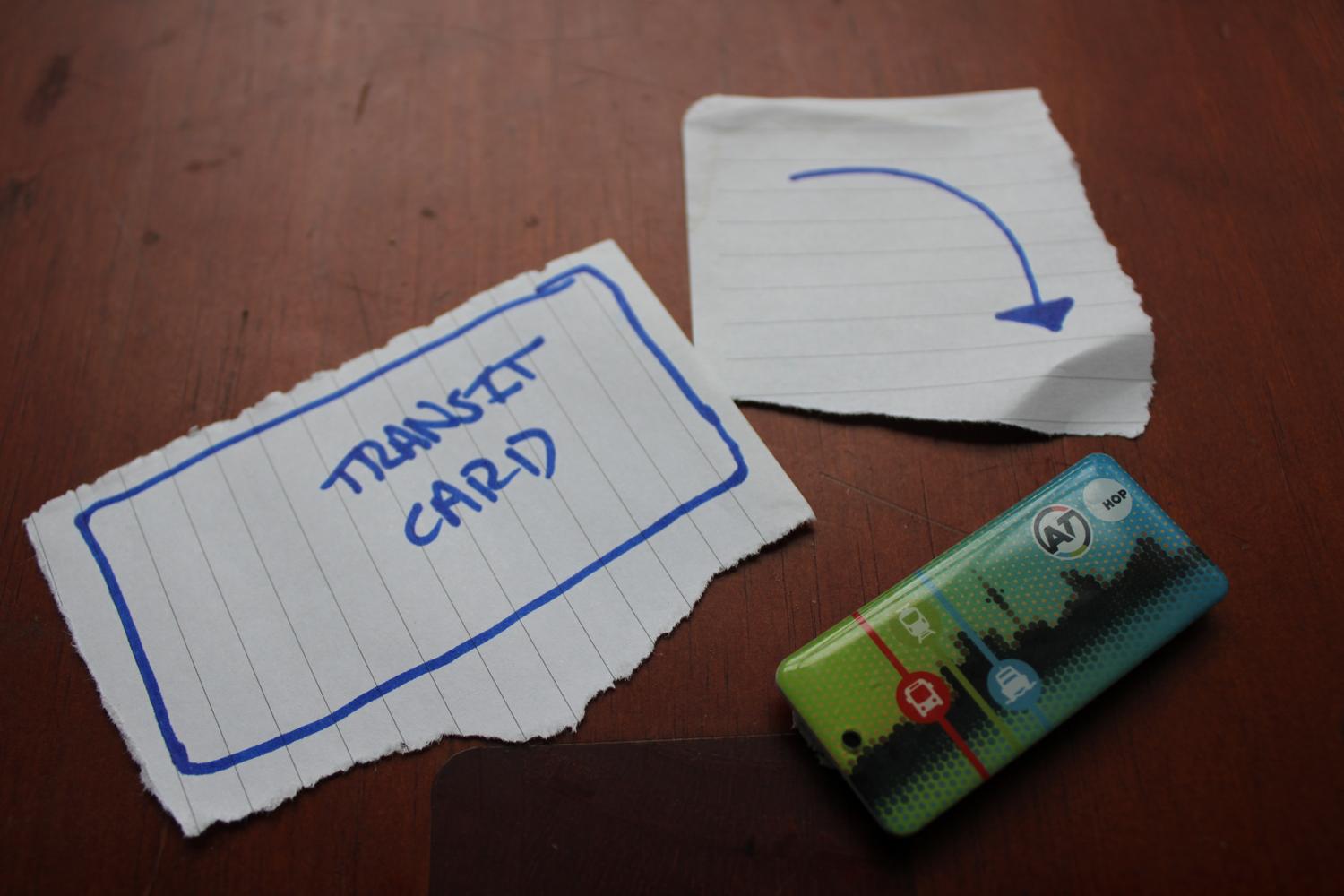 They’re designed to live with your keys, coming with a metallic keychain, but I removed that for reasons which will be a little clearer as we continue on.

Reviewing our progress so far ⚓︎

After all of that reduction, my wallet is slimmed down to just the following essentials 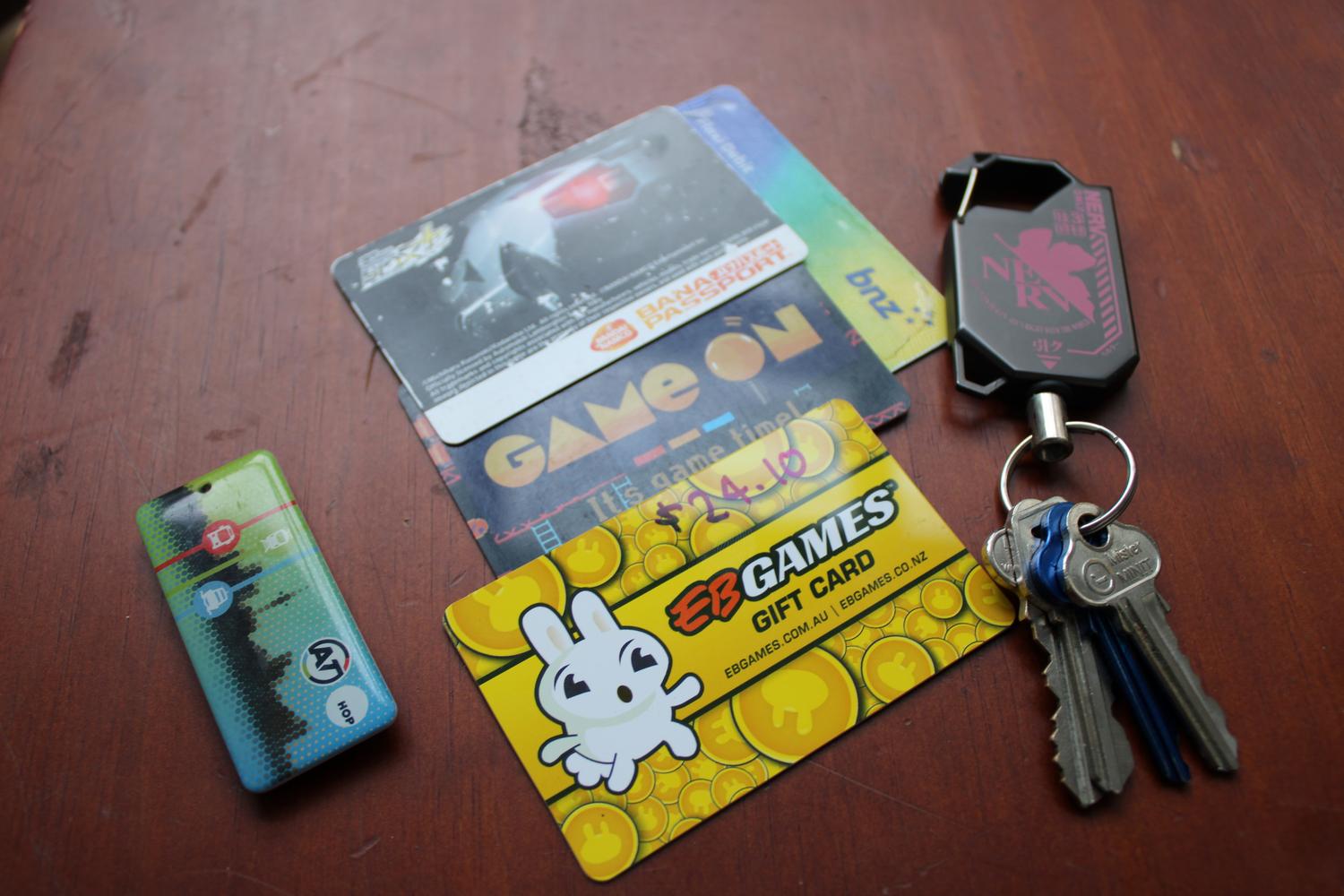 Nowadays, I wouldn’t even carry the gift card around, instead just opting to either digitise it (if possible) or remembering to bring it whenever I decide to go in store or order online.

My wallet has served me well for quite some time but it’s really easy for just these few cards to fall out, since it’s designed to hold a number of cards.

I was browsing the web one day for unique takes on wallets and I came across this thing. It looks a bit confusing at first but having used it for the better part of a year, I really enjoyed it. Here’s what it looks like disassembled. 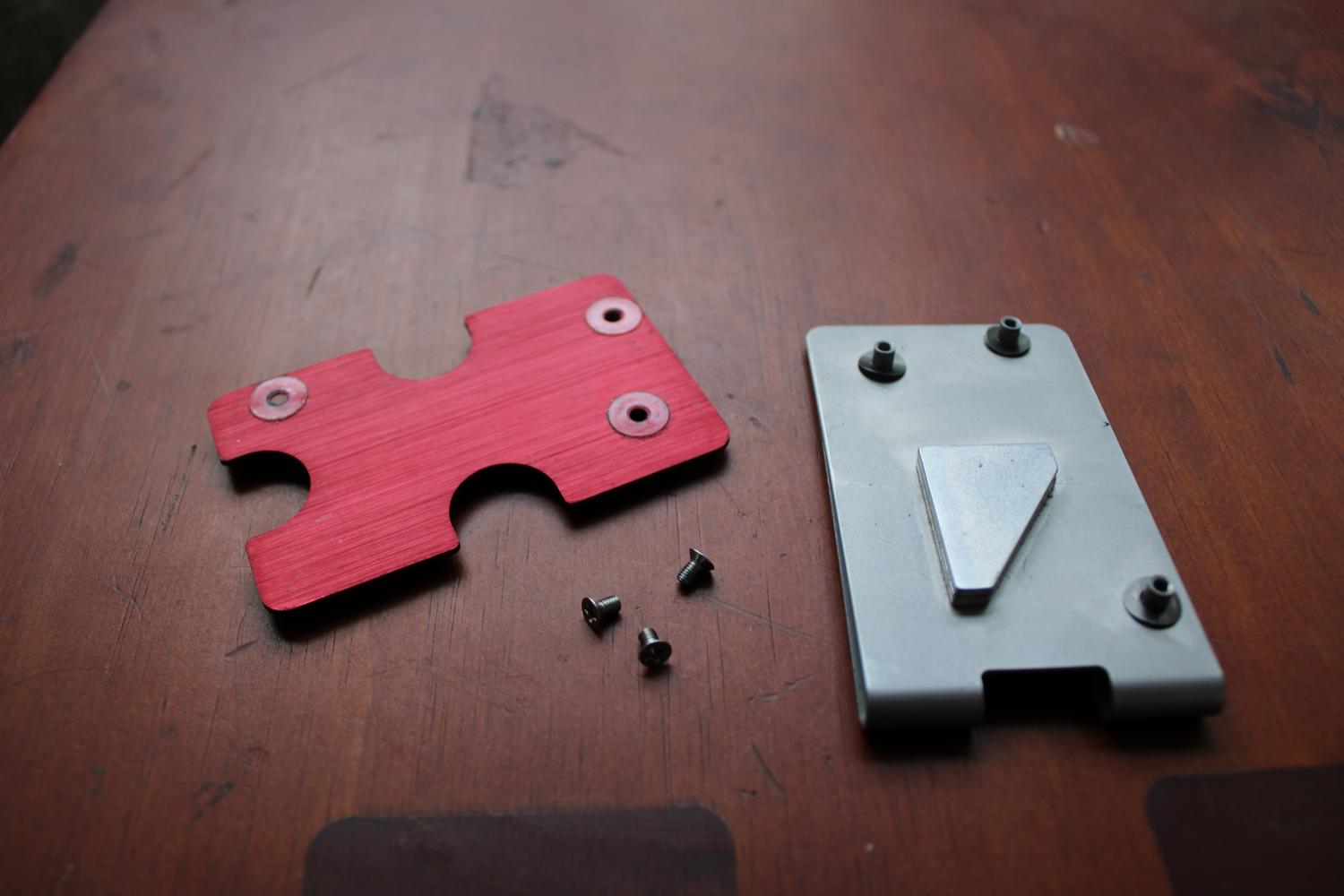 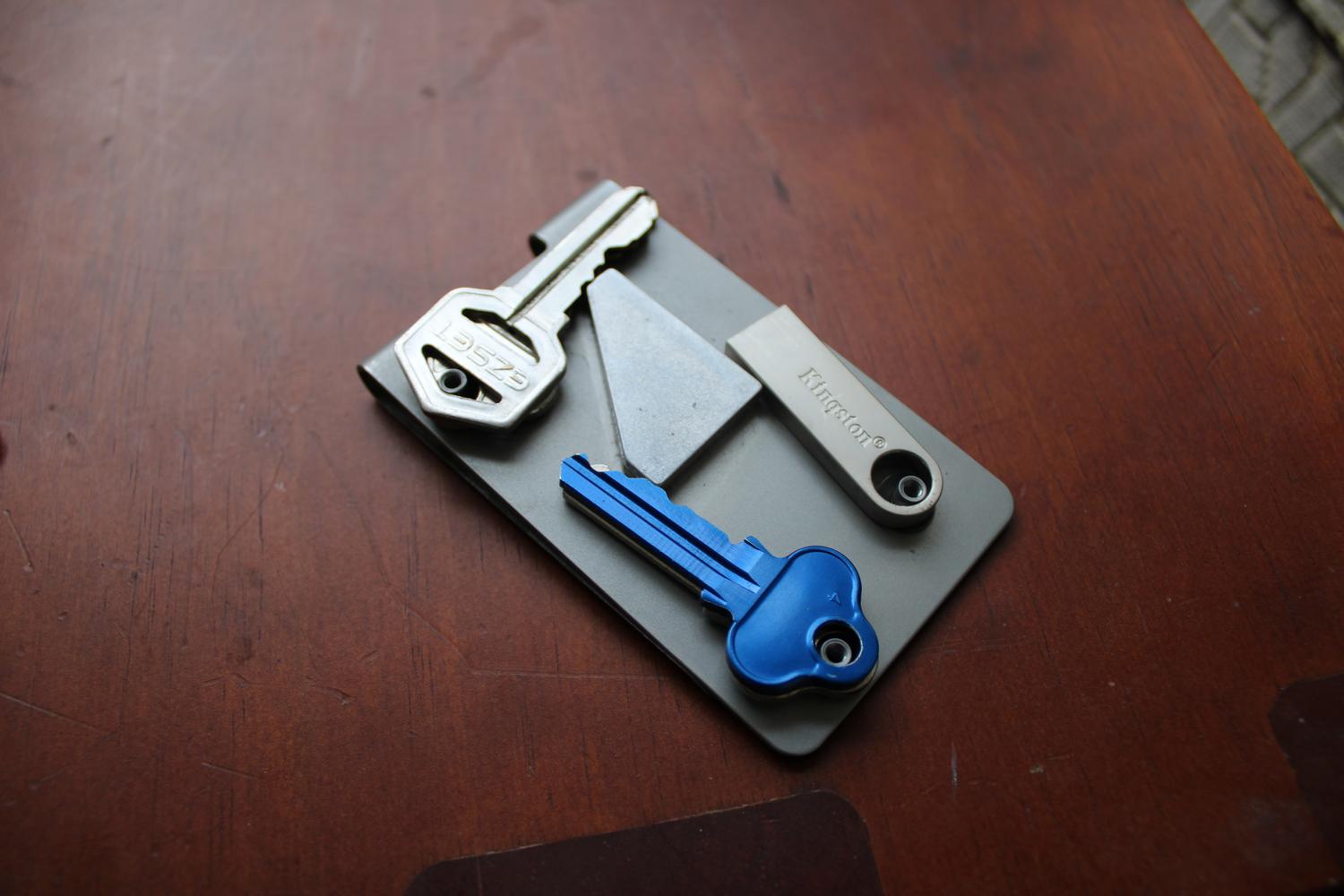 I’ve got my three house keys, a bottle opener (under the blue key) and a USB drive all sitting snuggly in there. 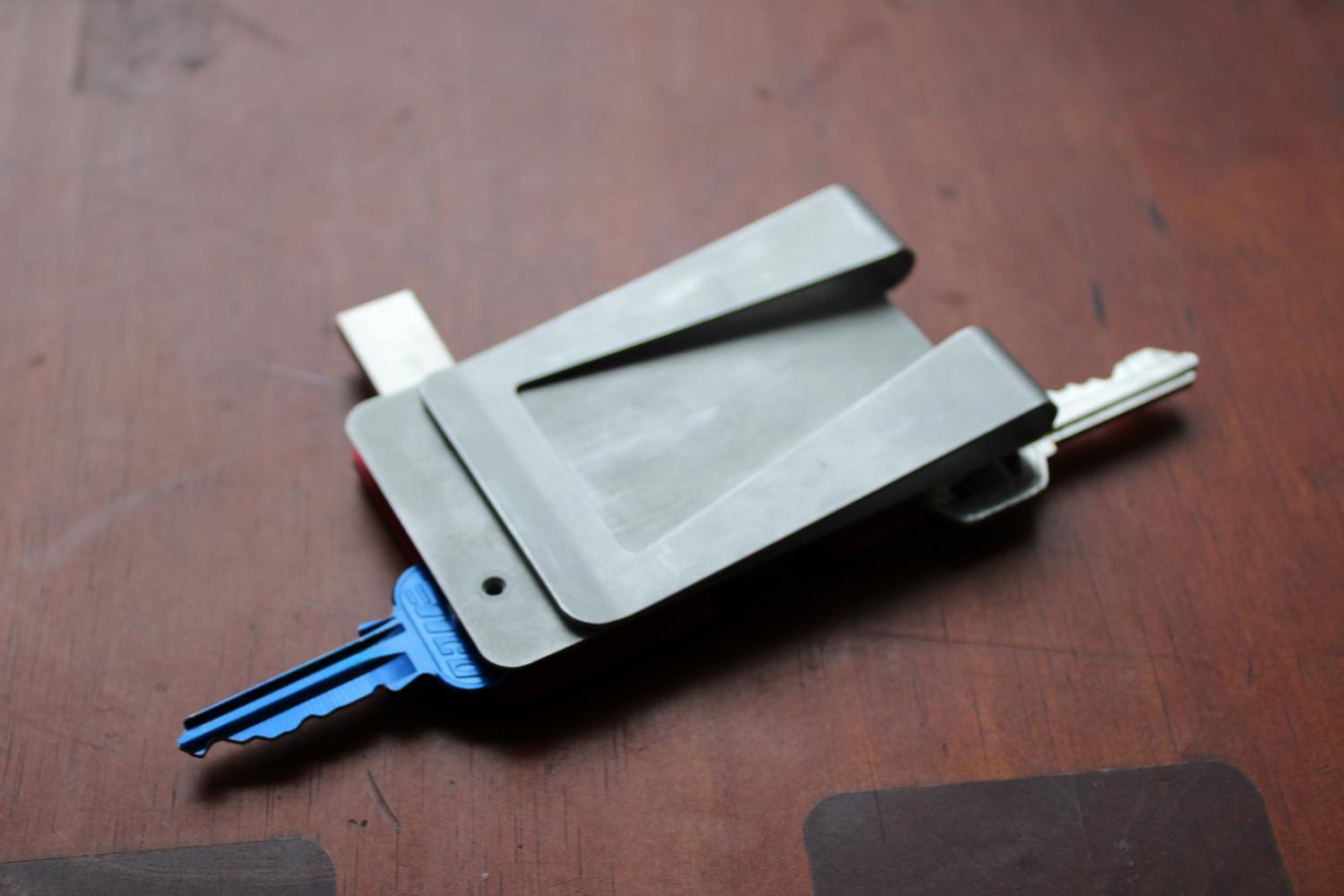 That’s not all. We can stick those remaining cards in the bottom card holder too. 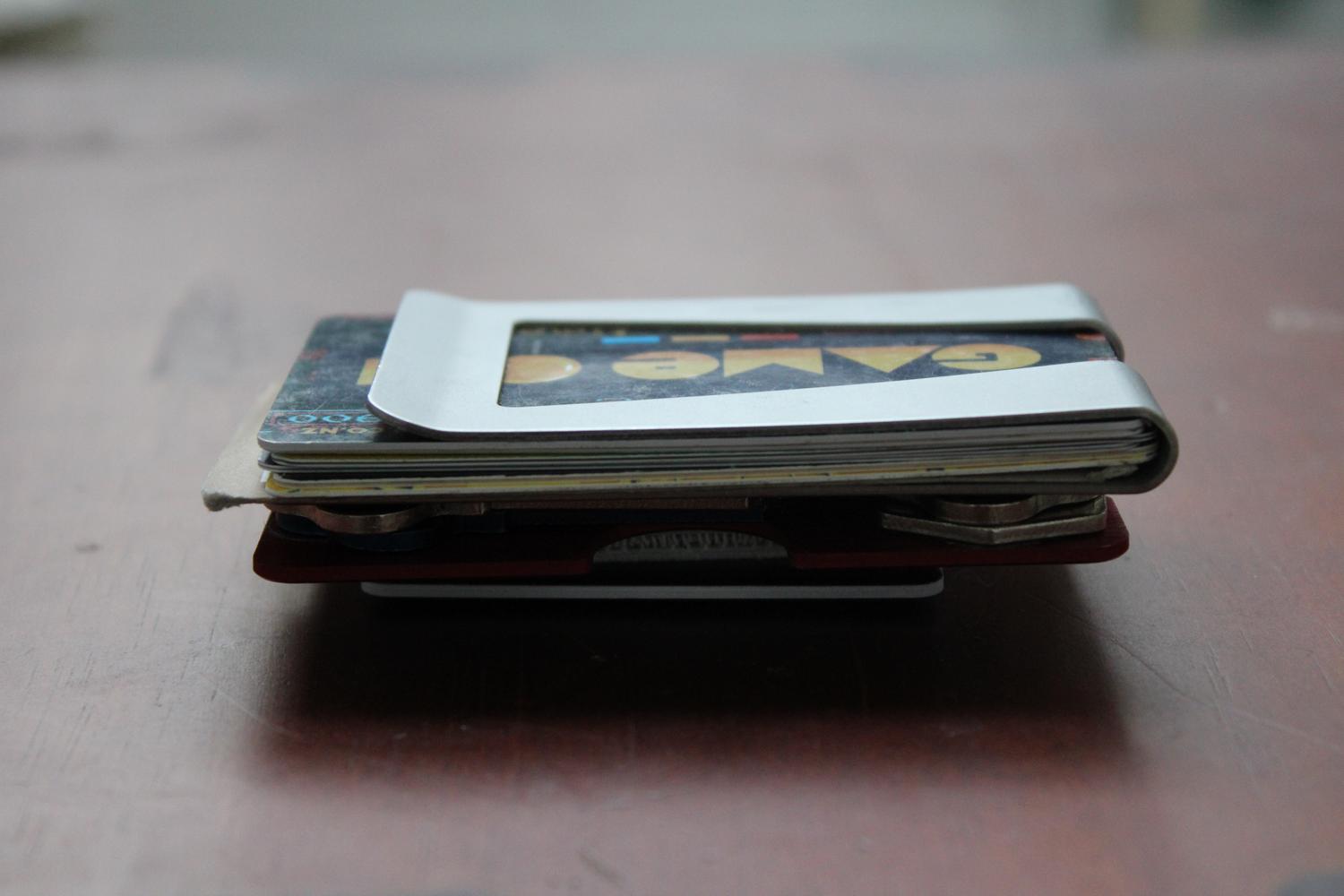 To top it all off, I had some spare 3M wall hanger strips floating around so I repurposed one to affix my travel tag to the top of this contraption using velcro 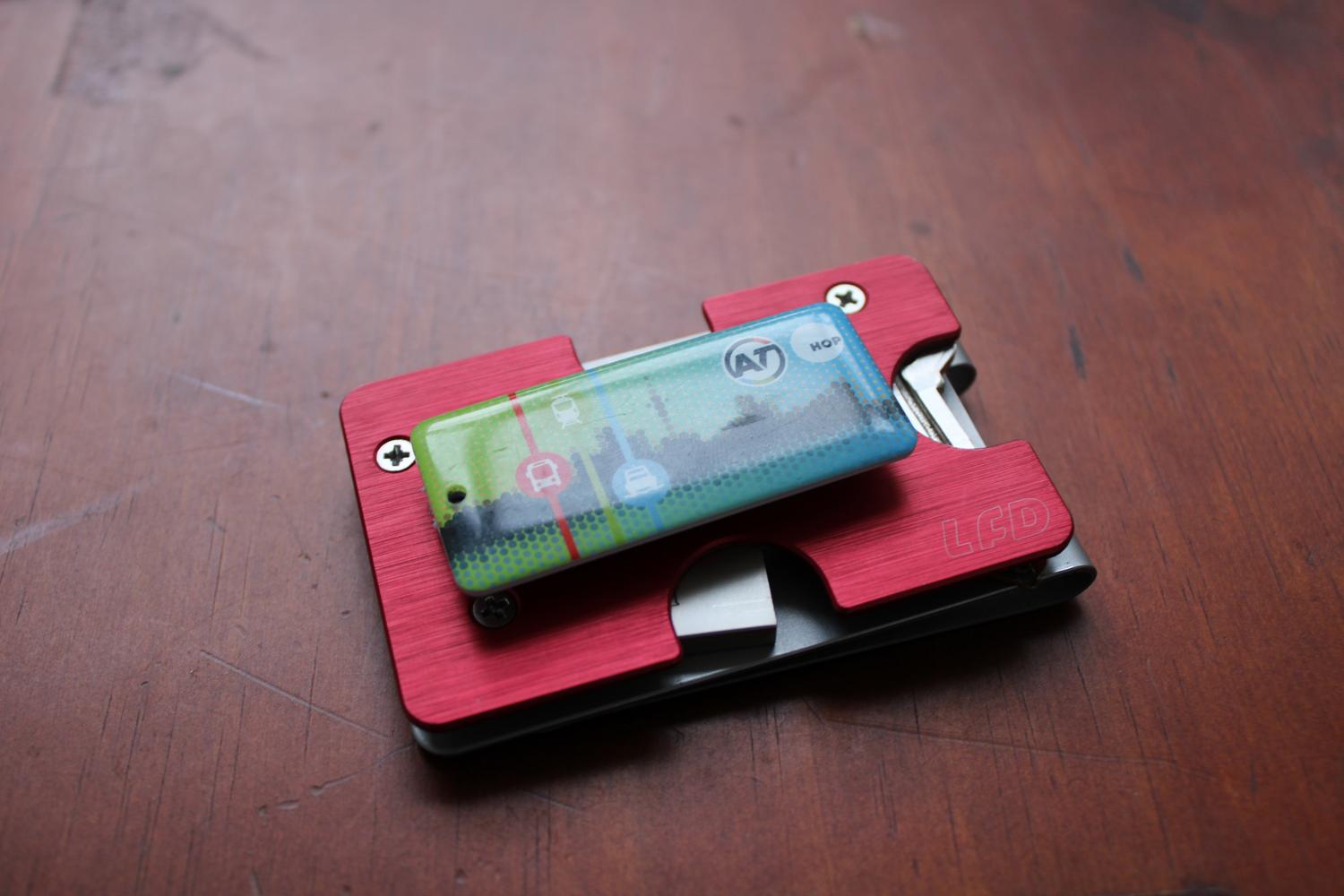 Et voila, a pretty compact setup if I say so myself! 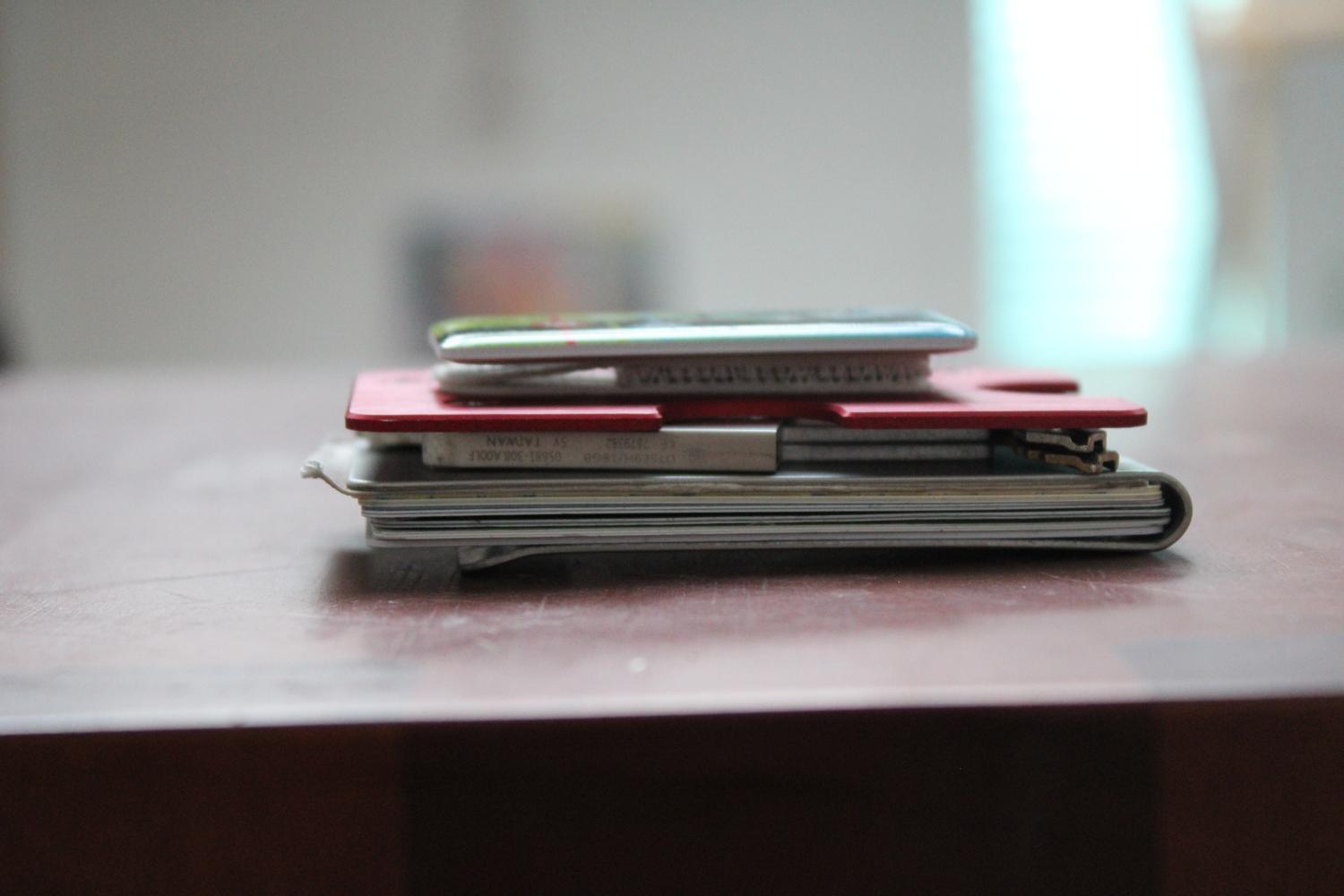 I used to have various pairs of earbuds over the years that were good enough. 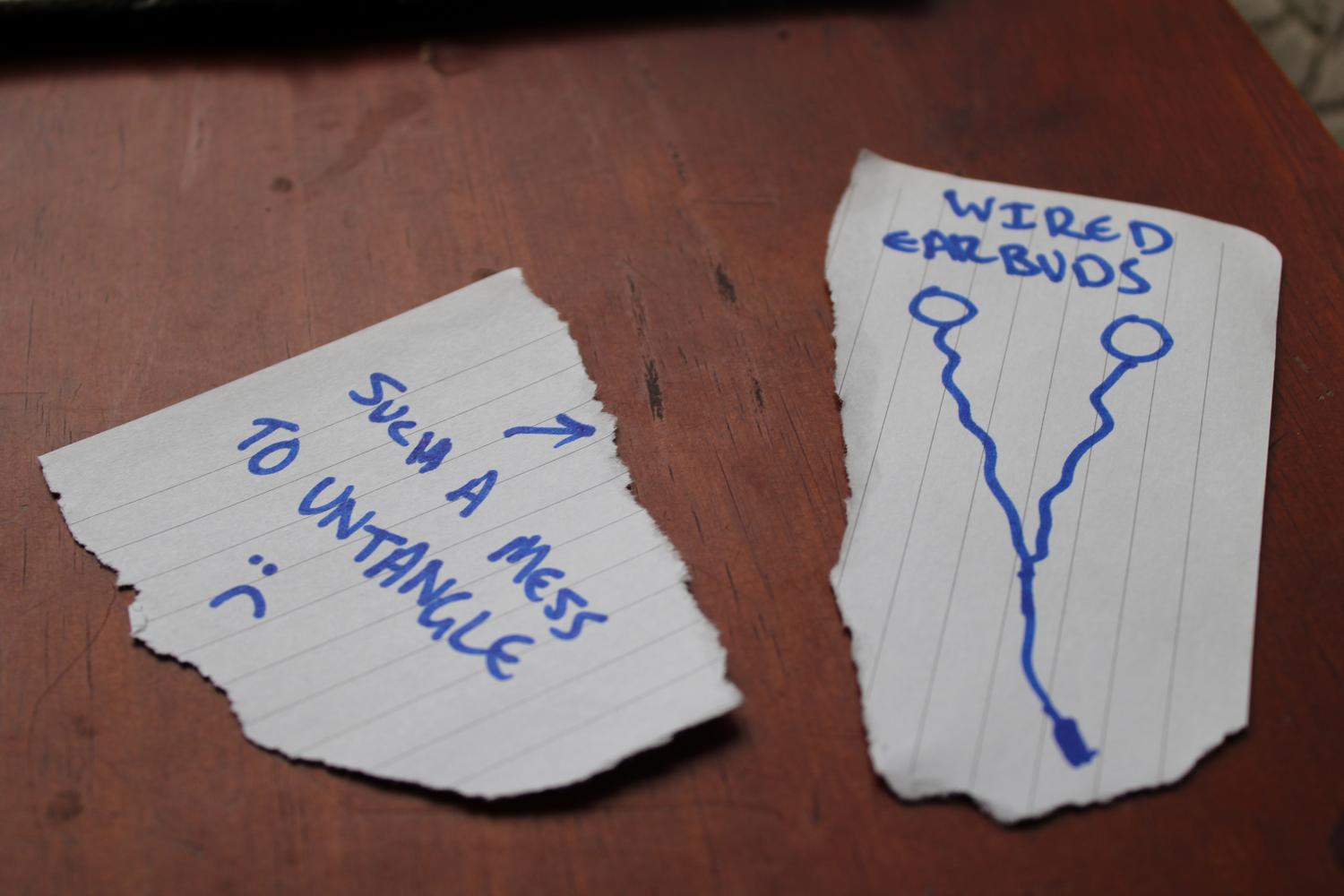 I felt like I must have lost multiple hours of my life just untangling them over the years so I decided I might as well invest in a decent pair.

While they seem to be much more popular and acclaimed these days, I had taken a gamble at the time and invested in a pair of Sony WF-1000XM3 Wireless Earbuds during a period when the Apple Airpods were basically the only thing you were supposed to buy.

Given the price, I actually opted to pay them off over a period of time (might as well build my credit score after all!)

That said, they’ve been a worthwhile investment for me. The battery life is great, considering they’re properly wireless, and I’m always surprised how many charges I can get from putting them back in the case. When using them as a daily driver, back when walking to work was a thing, I would generally only need to recharge them once a week at most? More like once every 2 weeks I think. 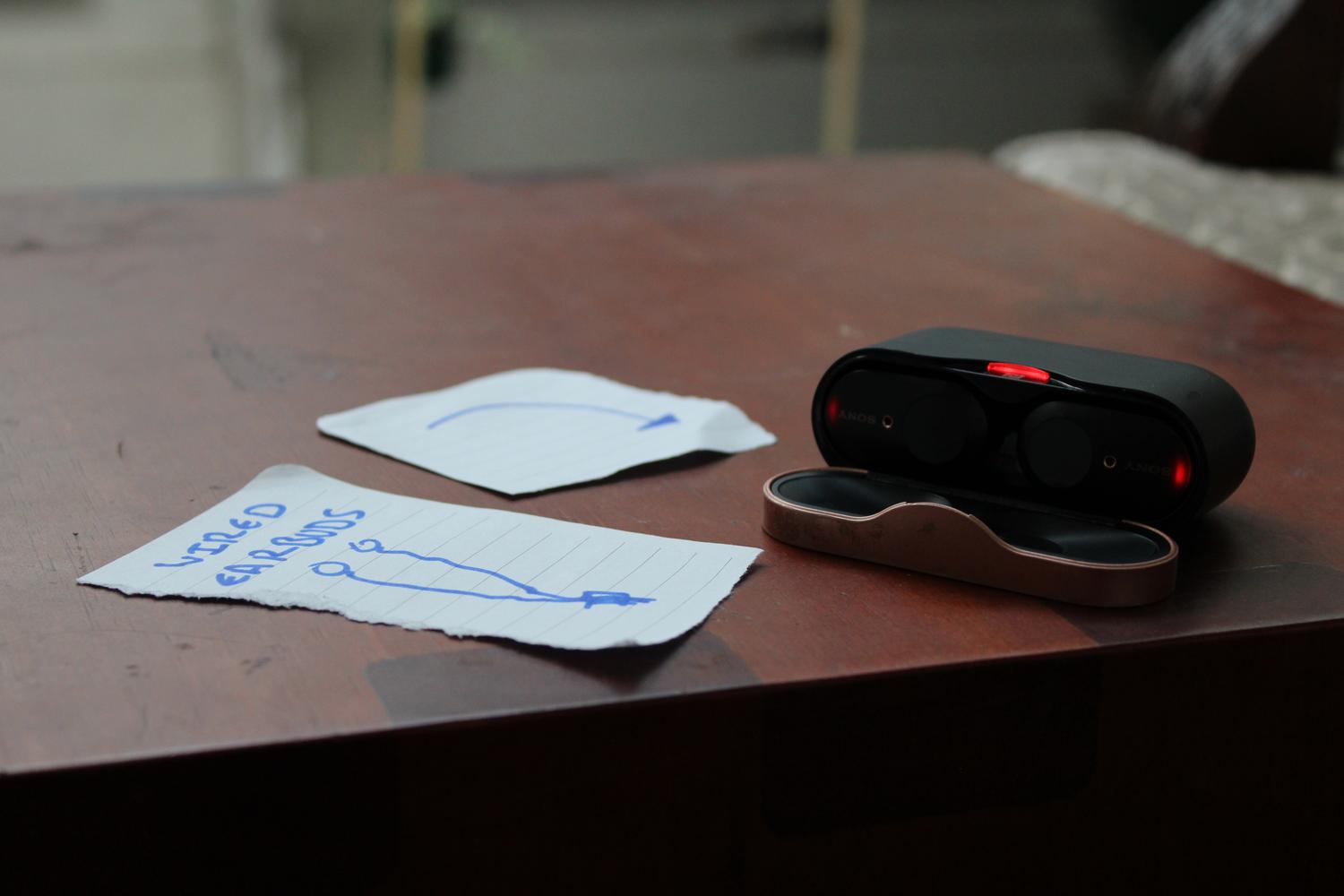 Also, I’ve been pleasantly surprised at the software updates that still roll out. About 6 months after I bought them, they received support for Amazon Alexa, which was a nice surprise given they already support the Google Assistant. Not that I use either…

I believe that covers everything?

I’ve reduced my wallet by probably 90%, moved my transit card to its own dedicated spot since it’s on the “hot path” and I no longer have to spend any time untangling my headphones 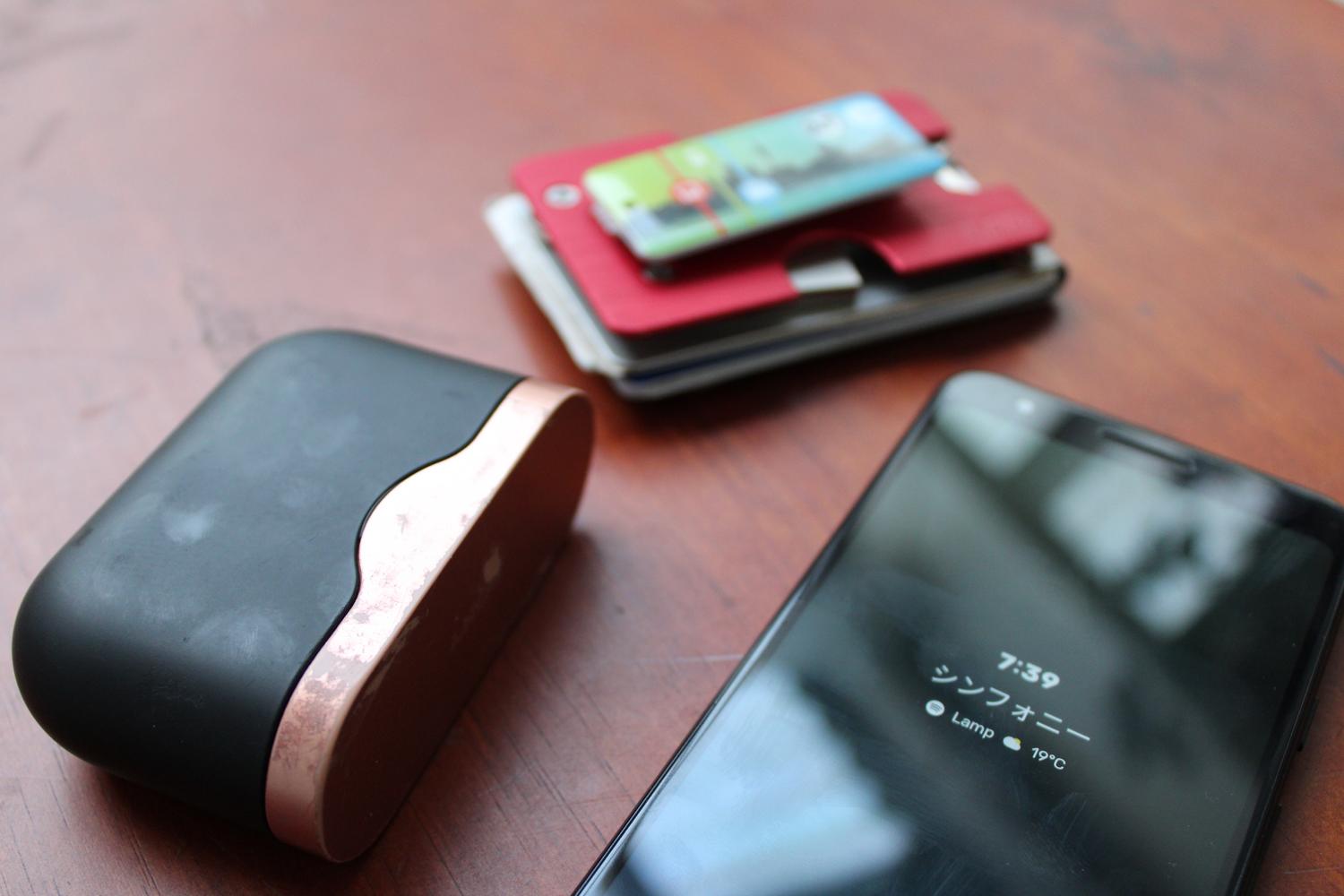 As I mentioned earlier, I’ve made some further changes which I’ll likely cover in a 2020 edition of this post. 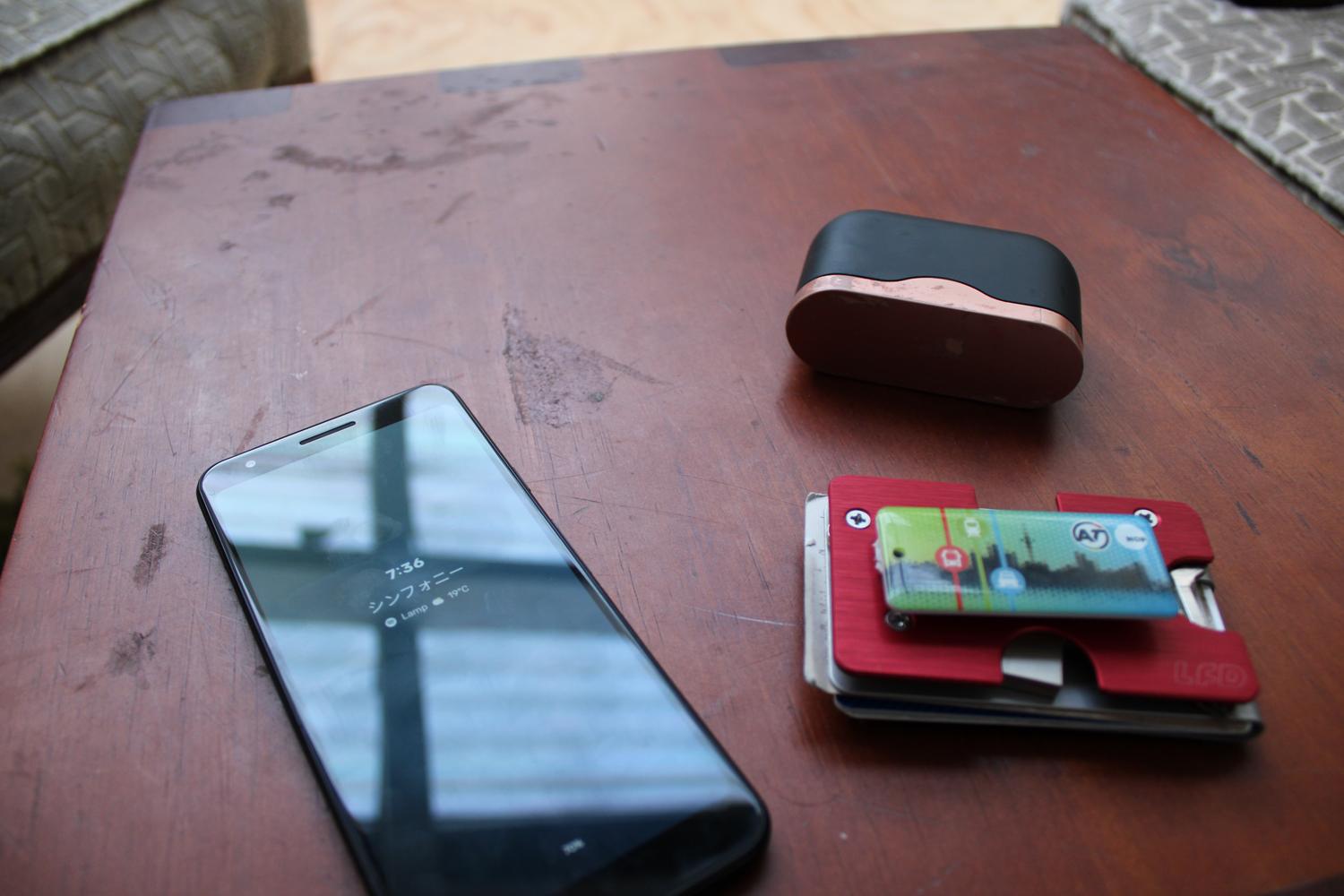 Mainly, I found that while the wallet served me well, it was a bit too heavy to take when I took up running earlier this year.

My fix was to just unscrew it, take out my two main house keys and keep them in my pocket but reassembling my wallet got kinda tedious pretty quickly.

Until next time, see what you’re able to pull off with a wallet reduction!